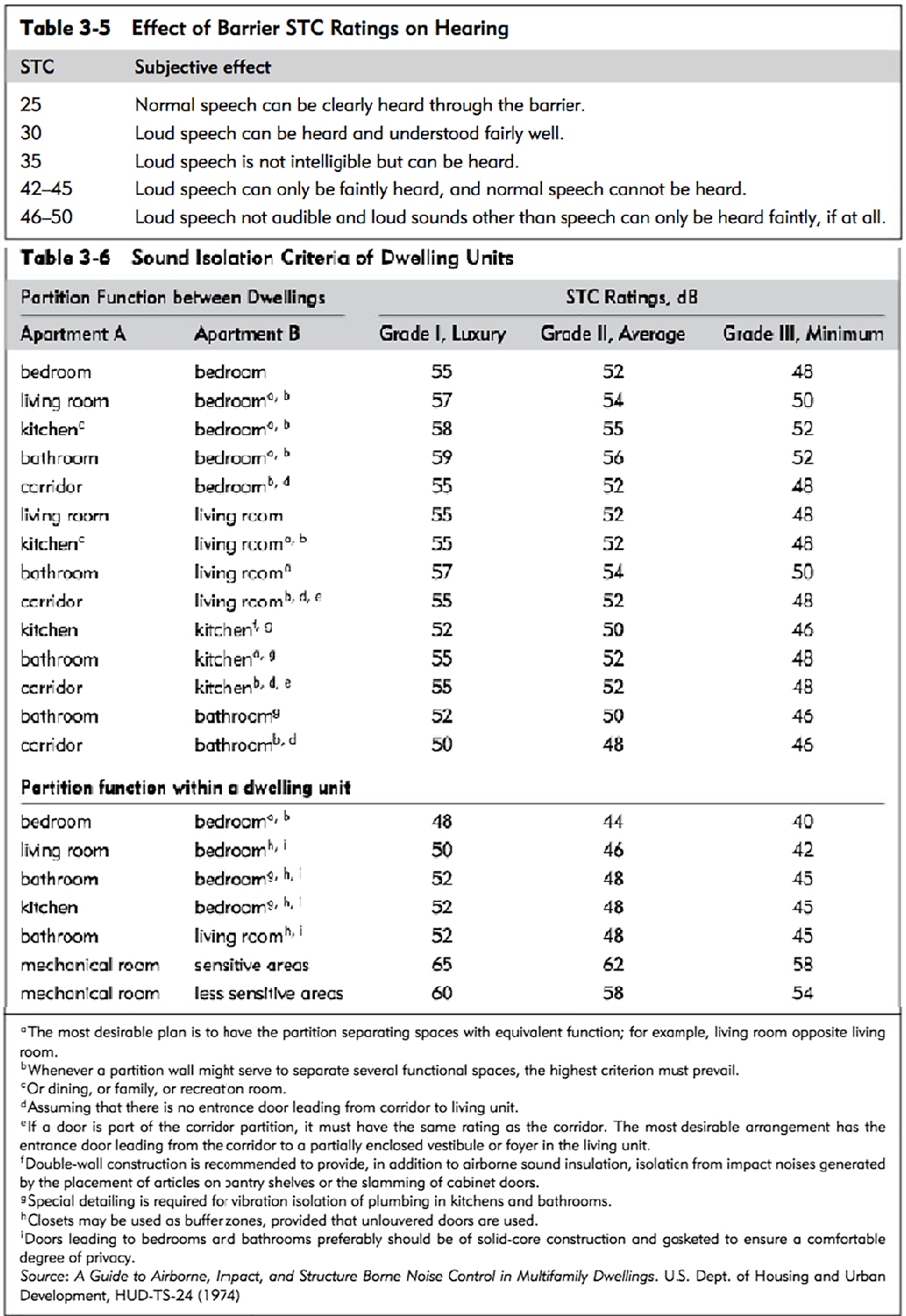 To simplify the selection of partitions and other building components, such as door, a single-number rating called the sound transmission class (STC) is often used to rate the transmission loss of construction . The higher the STC rating, the better the barrier is (theoretically) in the stoping sound. Table 3-5 lists some STC rating, in decibels (dB) and subjective effects on hearing. Manufacturers’ literature, testing laboratories, and reference literature typically give the transmission loss at different frequencies.

STC rating represent the ideal loss through a barrier under laboratory condition. Partitions, floors and other construction components built in the field are seldom constructed as well as those in the laboratory. Also, breaks in the barrier such as cracks, electrical outlet, door, and the like will significantly lessen overall noise reduction. Because of this, a published rating for a barrier should be at least 2 to 3 dB higher than the rating actually wanted.

Minimum STC rating ảe required by the IBC as well as various government agencies for residential construction. Table 3-6 provides a summary of some common STC requirements.

In critical situations, transmission loss and selection of barriers should be calculated using the values for various frequencies rather than the single STC average value. Some material may allow an acoustic “hole” stoping most frequencies but allowing transmission of a certain range of frequencies. However, for preliminary design purposes the STC value is adequate.

Although there are several ways to minimize problems with sound transmission, including space planning and controlling the source, there are six detailing responses for noise transmission control.